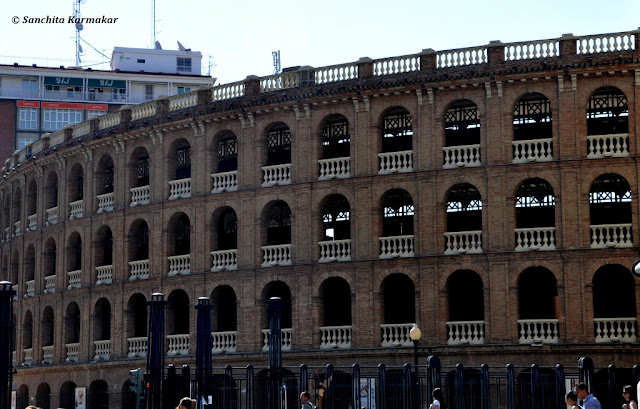 This was our last day in Spain so we thought we will take it easy. Just go around the Valencia city and to the beach and relax. It was Monday so our friend had taken the day off for us. We woke up a bit late and then went out to do a tour of the city of Valencia. 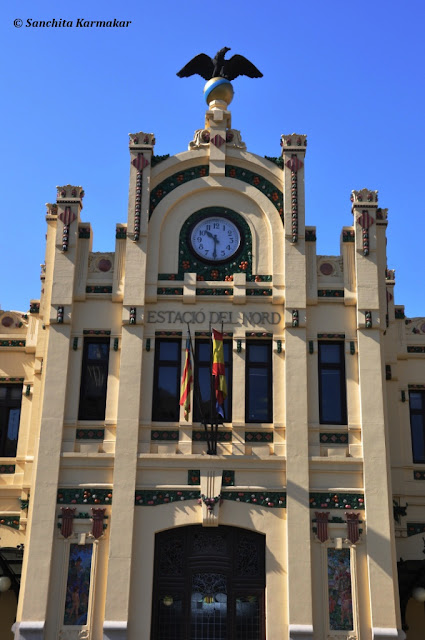 We went to see the famous monuments and places of the city including the old station, the famous bull ring, the post office, the famous square, the cathedral, the remaining two doors of the 12 original doors of the ancient city-wall which were built in the Muslim period. 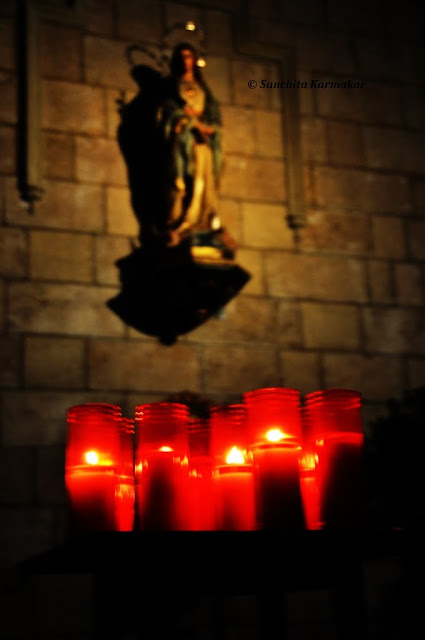 It was a very different feeling as I stood at one of the door which is called "the door of the mountains" as most people who walked through this door to the Valencia city in ancient times were from the mountains. 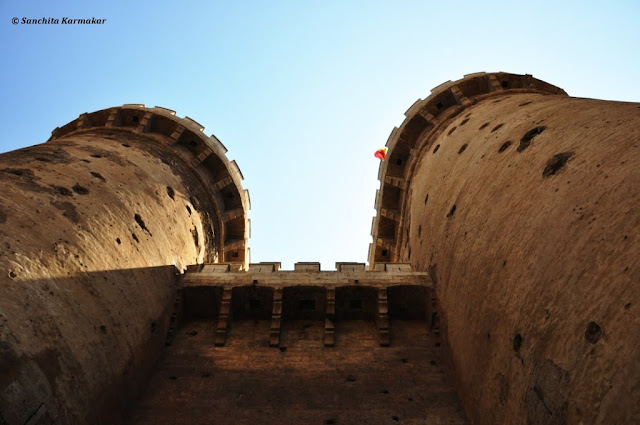 Around midday, we reached the city market known for its fresh local produce (not the boring supermarket stuff). That night it was my turn to cook dinner. I had planned the menu the previous night only, so with the list in hand I bought whatever I needed from this market. We also bought lots of chorizos to bring back to the UK. 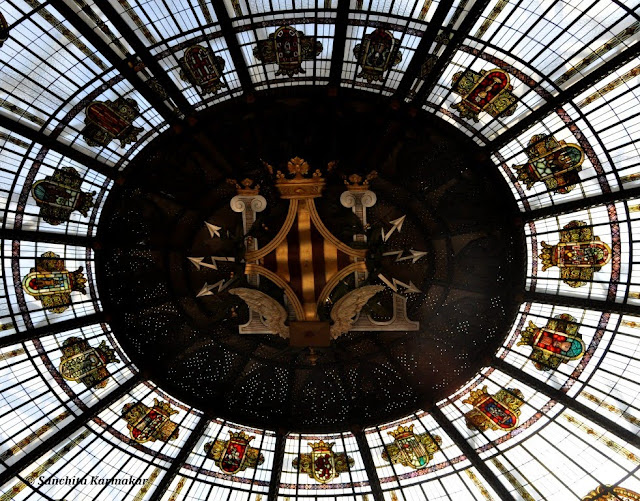 It was a really huge market with a wide selection of meat, fish and fresh veg. The vendors were very friendly asked a lot questions to our friend which she translated back to us later on.

~The River Turia (He Represents the river)~ 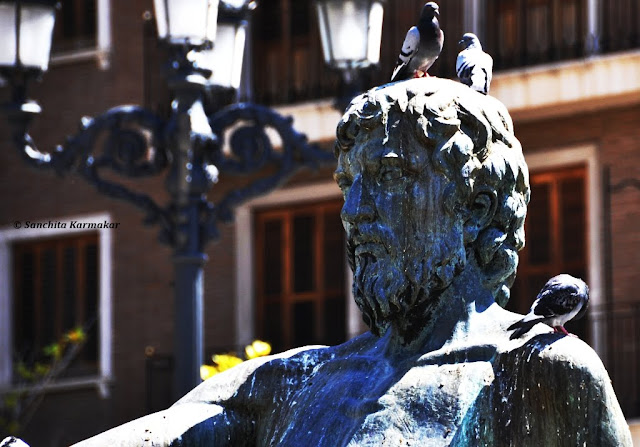 It was already 2 pm by then and we were quite hungry so we took the underground train back home to keep the food stuff. Our friend bought a flower plant from the market and promised us that she will water it regularly. I also have a very poor reputation in this matter. So far whatever plants I have been presented or bought, have all died due to lack of attention. I admit I am not a keen gardener but I was inspired by her and after coming back from Spain the very next weekend I went and bought a plant for my living room. I hope I will be able to keep this one alive. 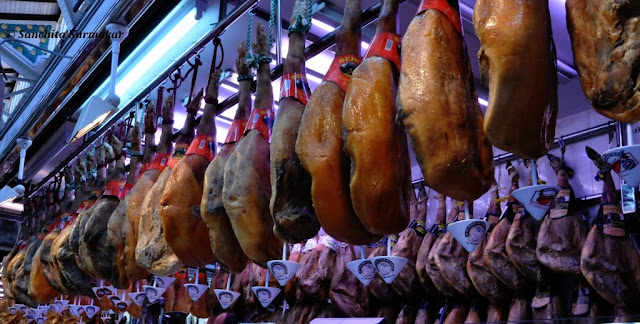 Anyway, I digress, back to Valencia. We decided to go to the beach and have lunch there. So, around 3 we reached there. The beach is quite close to our friend's apartment, so initially we though of walking there, but it was very hot and we were quite tired and hungry so we drove to the beach. 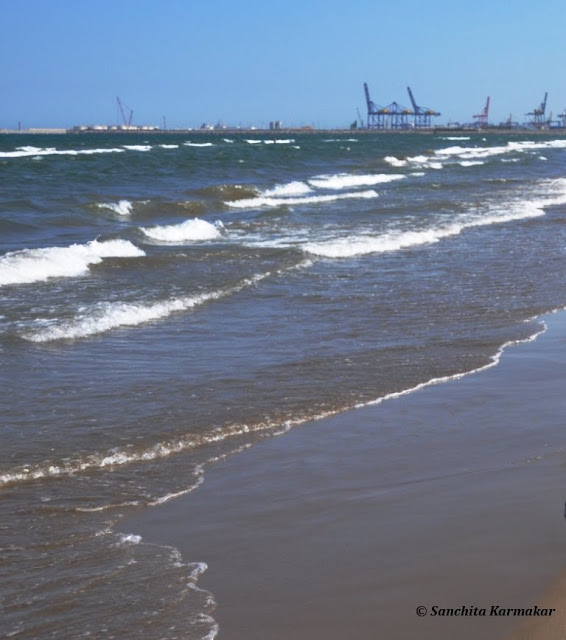 We had Fideuà (Seafood paella). It's made with shellfish and very similar to paella, the main difference is its cooked using Spanish noodles, instead of rice. We also had Ice-cream for dessert (loved it - ideal for hot afternoon). The restaurant was covered in glass from floor to ceiling so we can enjoy our food with the sea in front of us. As soon as the food arrived we dived in straight away and were so busy in eating that we didn't speak for a while. 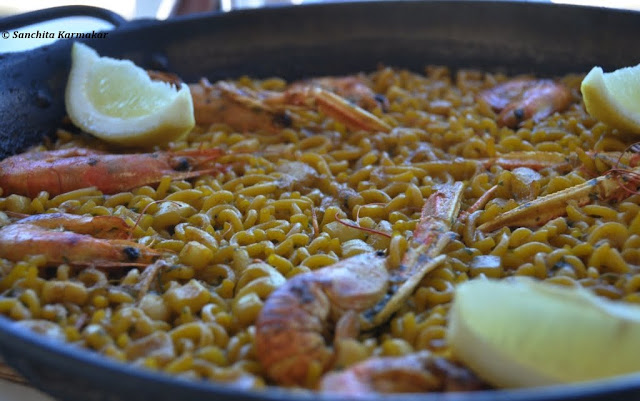 We had a long walk after the meal (it was very much required!!) along the beach. The sand was quite hot but it wasn't long when sea water kissed our bear feet. We walked quite a bit and then realized we need to go home and start cooking for the night, it was 6 pm already and we still had a one more stop to make (for some coffee really!!) so we came back to our car. 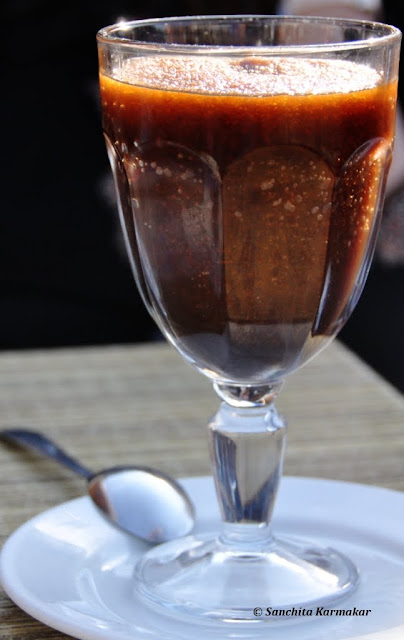 We went to a cafe called Horchata Daniel which is very famous for a regional drink called "Horchata". It's an ancient drink originated in Valencia at the time of Muslim period, made of tigernuts. The drink was served with crushed ice, a perfect drink one would wish on a warm evening to cool down. Amazing. 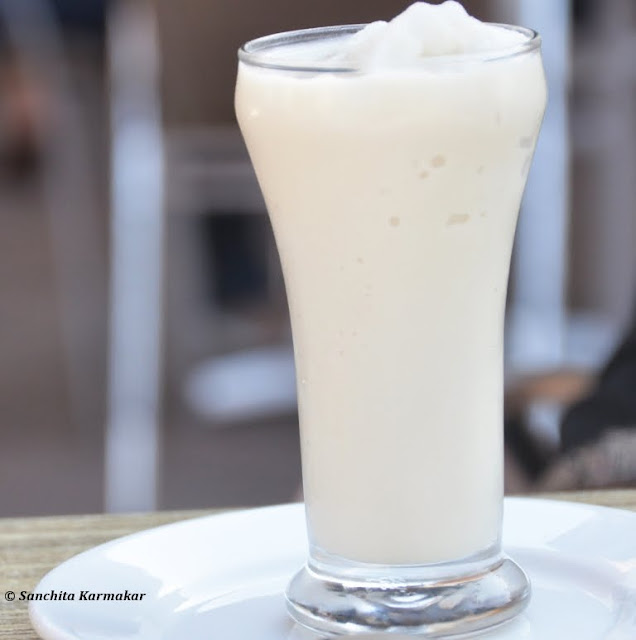 We reached  home around 7-7.30 pm, freshen up and went into the kitchen to cook Indian dinner for that night. The menu was Pakoda, Aubergine fry, Fried rice and Chicken Curry. 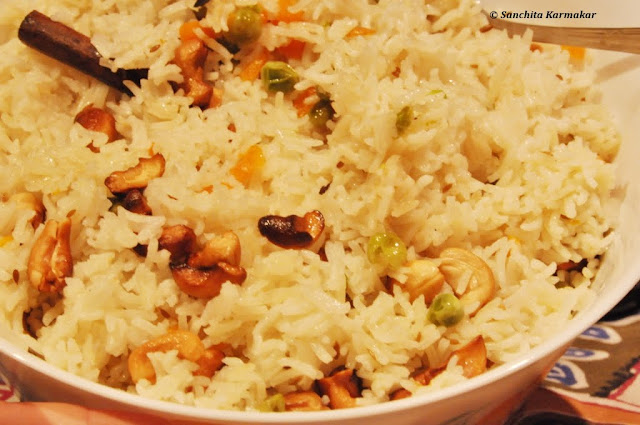 My friend is very enthusiastic about Indian cooking as I found almost all the spices I needed for my cooking, in her kitchen. She was writing down each and every step as I was cooking. 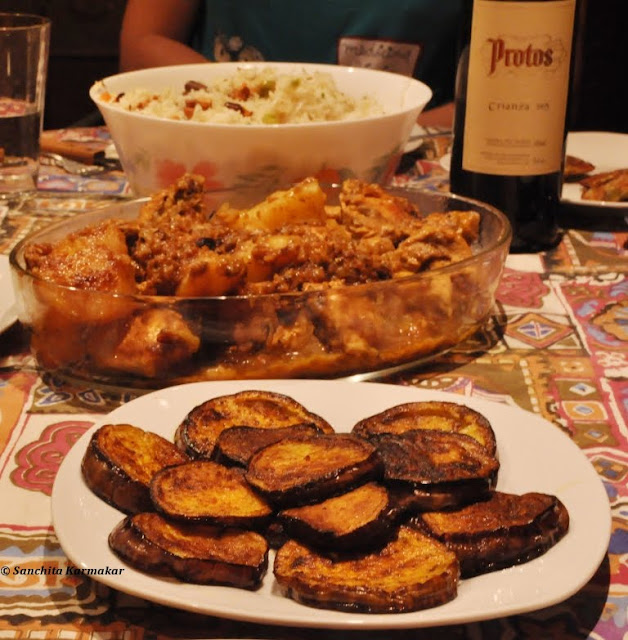 For that night's dinner our friend's room-mate was also joining and our friend opened a Crianza 2005 which she saved for this dinner specially. For dessert we had those stolen cherries (see my earlier blog entry). 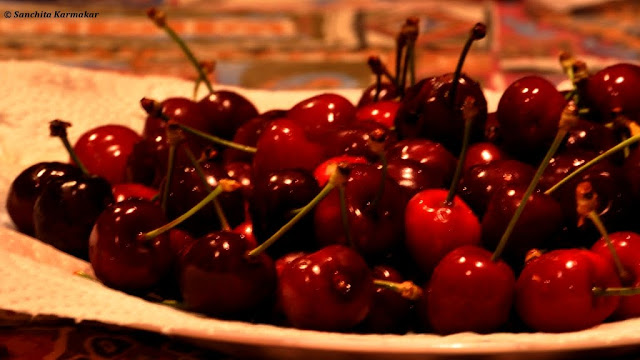 We were chatting over dinner for quite long time until we realized it was quite late and we had a flight to catch in the morning. So we wrapped up every thing and went to bed. That was the end of day 3 in Spain and our vacation as well. Next morning we left home quite early, reached UK by the afternoon. We had a wonderful trip and we were missing the fun we had in Spain on the way back home.