After a good night sleep we woke up at 9am in the morning and kick started the day with home made brownie (which our friend made specially for us), strawberry milkshake and freshly brewed coffee. We left home by 9.30 am for our first destination, an ancient Spanish city called Morella. It took us 2 hours to reach there, on the way we had a good laugh about Bollywood music industry and how they shamelessly copy from world music and hardly pay any copyright to them. The landscape changed quite quickly as we left Valencia, from a seaside town to rocky mountains. There were lots of cherry trees we could see on the way, I felt like stopping the car and get some but controlled my emotions for the time being.

~The High walls and the Entrance gate to the City~ 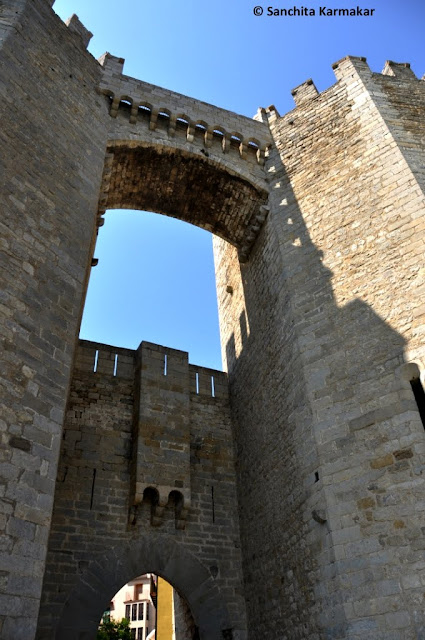 Around mid-day we reached Morella. The entire city is surrounded by a high wall to protect it from the outsiders who came from time to time to take over the city. The castell (castle) was built during the Islamic period around 13th century. As we enter through the huge gates of the city I felt as if we have gone back in time. The city has since been very well kept. It is an old historic city and it certainly it feels like it.

~ The Narrow Steps to the Castell~ 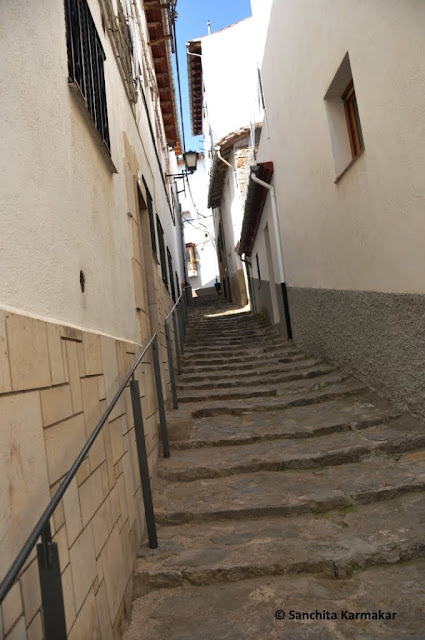 We walked through the narrow lanes of the city towards the castell. The castell is described as a three layer cake. 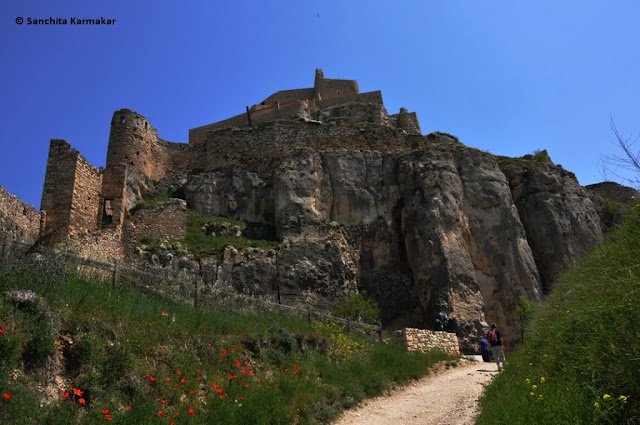 Layer one is actually the upper part of the town which was integrated into the castell during the "carlista wars" making it stronger.

~The main entrance to the Castell~ 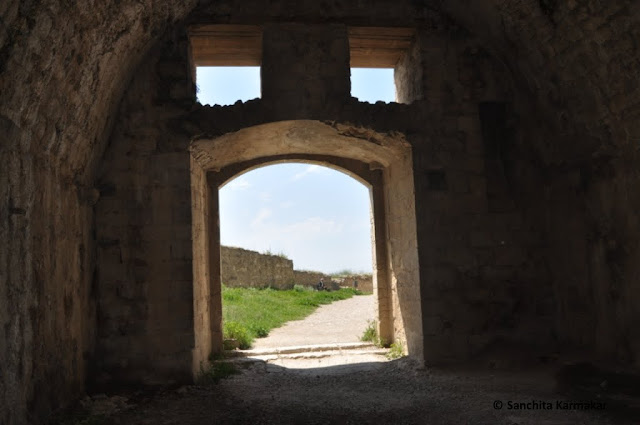 ~View of the valley from the Castell ~ 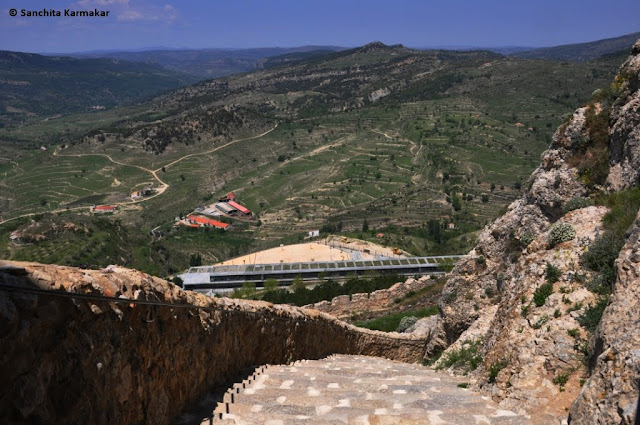 Layer two is the original castell where most of the services existed. The most exciting part of this layer were the dungeons. The entrance to the dungeons was quite high and didn't have a floor. It was rough, cold and damp. I could imagine how difficult it would have been for the poor prisoners who were put there.

~The Guard of the Castell~ 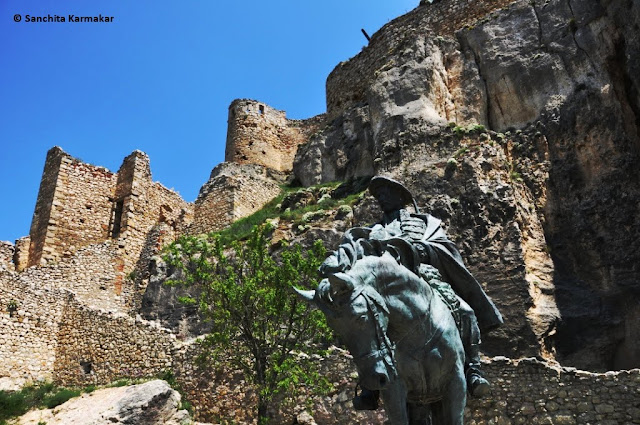 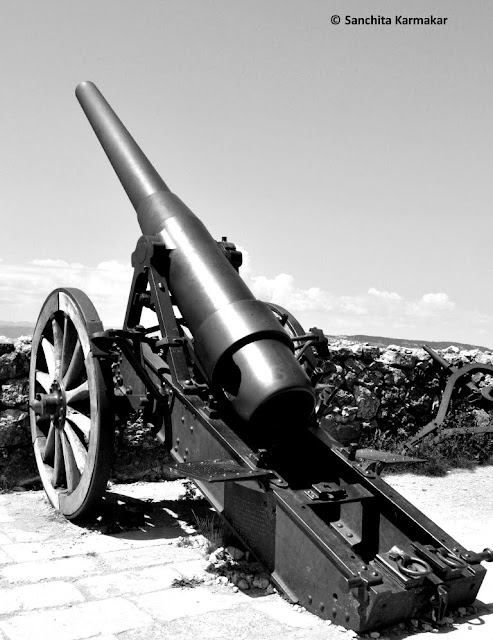 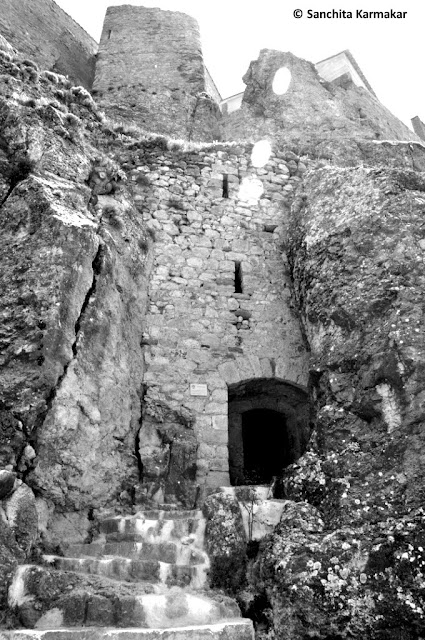 Layer three, which was the most protected part of the castell, had the royal rooms, which were now ruins. The cherry of this three layer cake was a well. 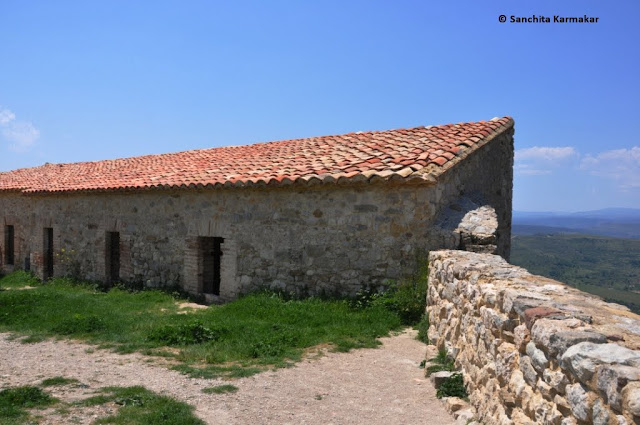 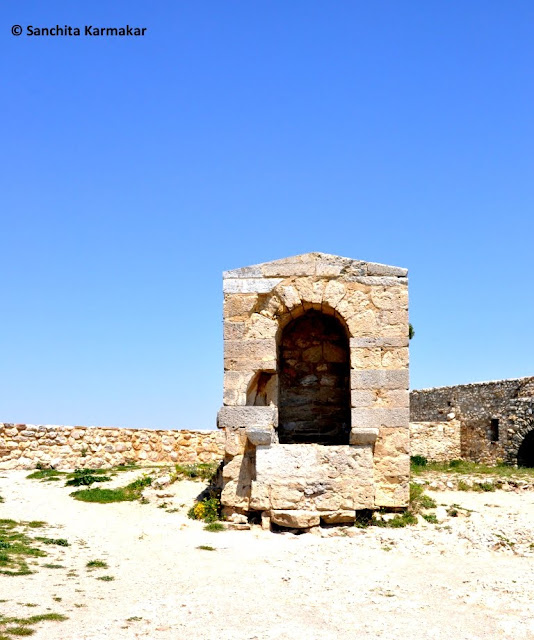 From the top of the castell we could see a bull ring in the village centre, which may be still in use during festival time. 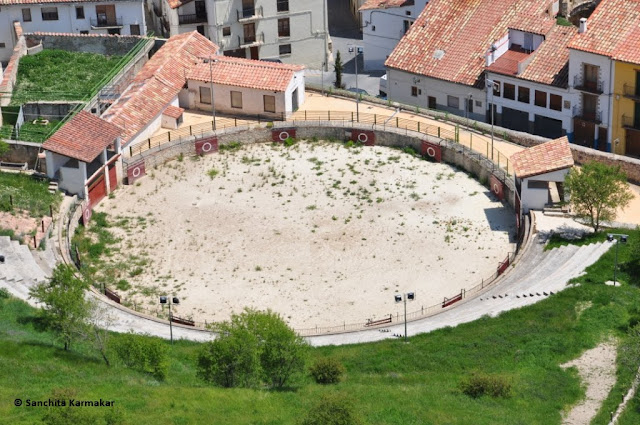 The slope of the stairs are quite steep, so we were quite tired by the time we reached the top layer but it was sunny, warm and windy so we relaxed a bit and started going down. 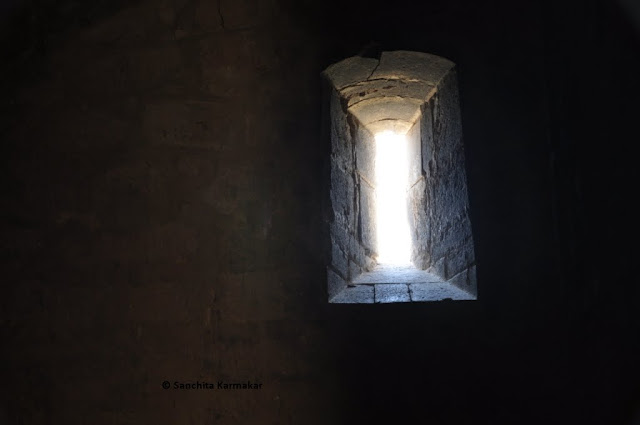 It wasn't so tiring going down but we were quite tired already so started to feel hungry very soon. We had lunch in one of the restaurants in the historical village. The fascinating part of the lunch was that I found an old and very well preserved well in the basement of the restaurant next to the cellar where they kept their precious wine.

~Way back to the City~ 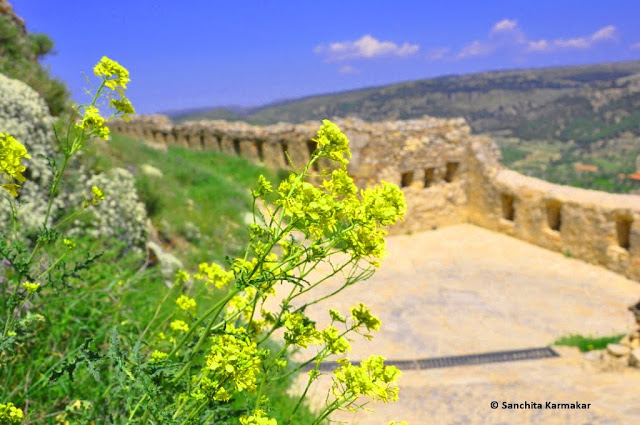 Our lunch was delicious. We did some shopping after lunch, bought some real truffle which is the speciality of that region and some spicy chorizos. We still have some left and don't want it to finish. Wish we had got some more. 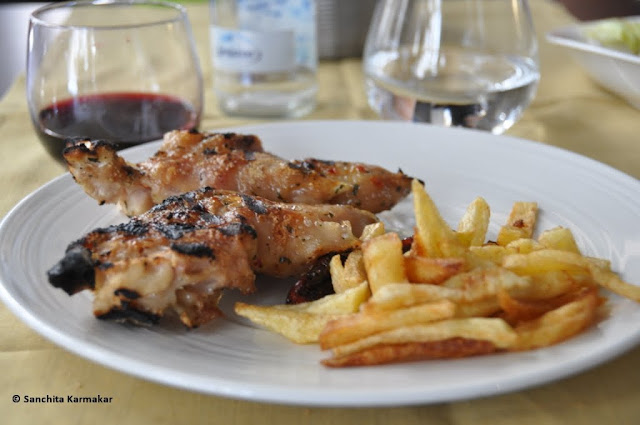 We started from Morella around 4pm heading back to Valencia. On the way we stopped near a church which was engraved in the mountain. Unfortunately we couldn't enter as it was under restoration. The most unfortunate thing was that we were running low in our DSLR camera's battery and it died over there before we could take any photos of this amazing work of architecture. So I tried to take some with my phone camera. I managed to take just one photo before it died as well (confession: I forgot to pack my phone charger for the trip). 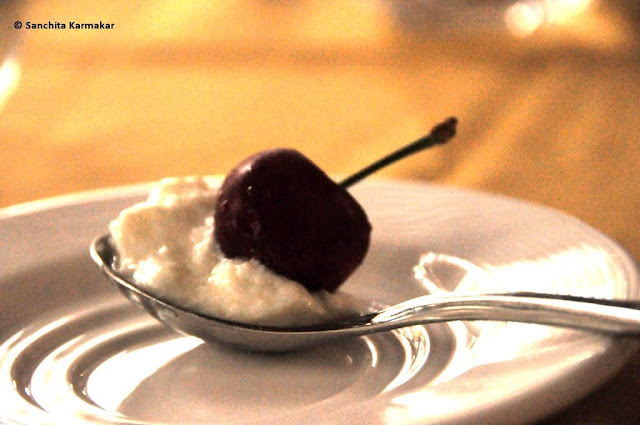 Because I was in the back seat and was quite tired (so as everyone) soon I fell asleep but not for long as I woke up to realize that we were lost in the valley. Apparently we took a wrong exit to the motorway and went to north instead of east while I was having my siesta in the back seat. After some time we managed to find our way back which delayed our journey by an hour but we were happy that we were on right track now. 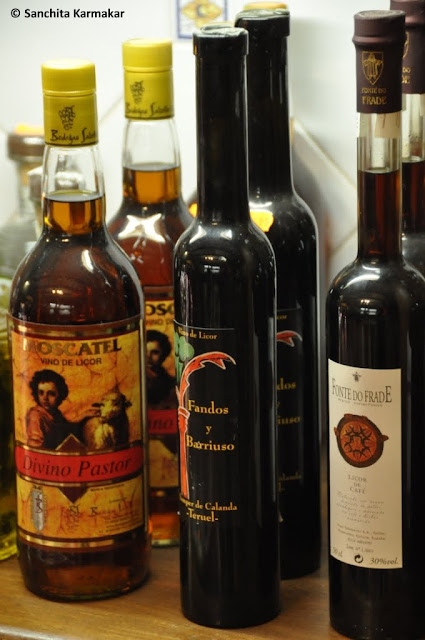 We stopped at a gas station to fill up. There was a cherry tree full of ripe juicy cherries. This time I couldn't resist myself as I saw my friend was doing the same, so I joined them in plucking cherries from tree. We had to stop when our bag was full and didn't have any space left for more cherries. We really had lots of fun, it reminded me of my childhood summer holidays when we used to visit our village. When the elders were having their afternoon nap, me and my naughty cousins would steal raw mangos from the trees in our back garden and run to the terrace to hide. The guilty pleasure of eating those delicious green mangoes (with some stolen salt and red chillies from the kitchen) is hard to describe. Nicking cherries in Morella petrol station came pretty close to that childhood pleasure. My hands were full with cherries and so were the bags when we went back to the car. 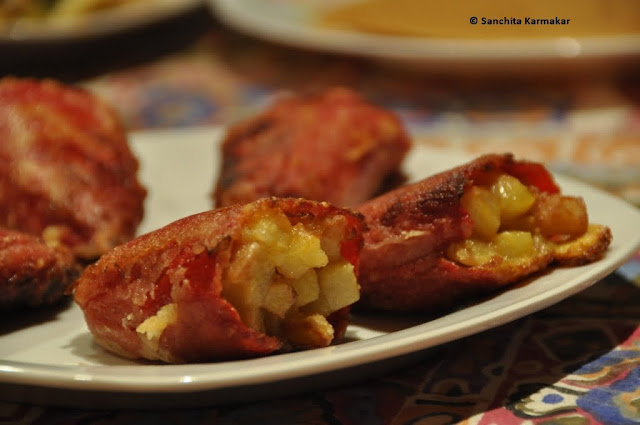 We reached home at around 7pm. That night my friend was cooking dinner for us (only the dessert is something I made for her). We freshened up quickly and entered the kitchen. The menu was as below. Let me tell you, the food was as delicious as it looks. 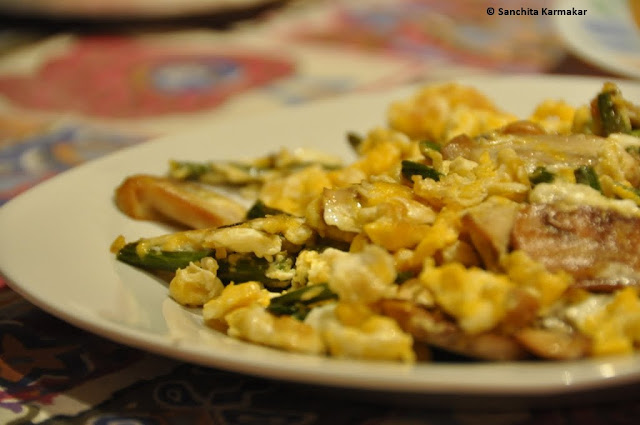 ~The Mains- Pork rolls served with onion and carrot gravy~ 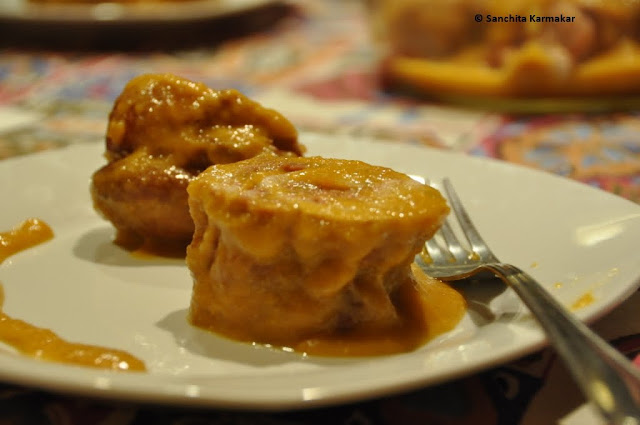 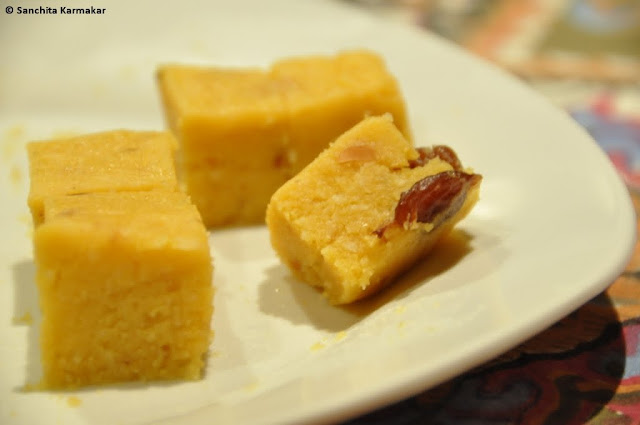 We enjoyed our dinner with sparkling rosé wine. Our friend told us funny tales of her weird ex house-mate and we were hysterical. We went to bed quite late again. That was the end of day two.
Posted by Sanchita at 2:33 AM